For many of us in the Formula Student community, but also for anyone who is astonished with the world of racing, Formula 1 represents the ultimate racing series. Only the elite drivers find their spot on the grid and only the best engineers from all over the world are sought-after by the teams. It is a highly competitive and elitistic sport where only a few get the chance to be a part of it. 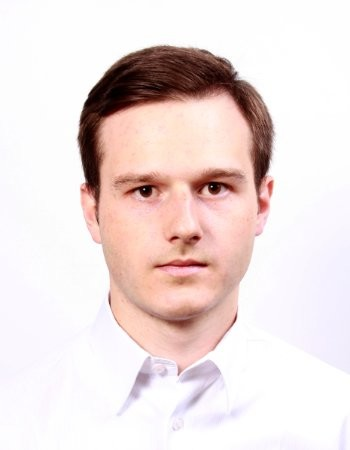 One of them is Petr Paliza, a 33-year-old aerodynamicist from Ostrava, Czech Republic, who is currently working for the McLaren Racing F1 Team. We are very proud to present you the story about him and his path from university to becoming one of the most reknown experts in the fields of CFD and aerodynamics.

Since a young age, Petr has been fascinated with motorsport and especially F1 – the race in Jerez in 1997 and the battle between Schumacher and Villeneuve was the moment that sparked his passion for racing, after which he has never missed one. With his father also being an engineer, it was inevitable for Petr not to develop an interest in the technical side of racing. He says his family had the biggest influence on him, encouraging him to follow his dreams and pursue the best possible education he could get.

The beginnings in Formula Student

Petr says that having a clear vision about what he wanted to become made it easy for him to make a decision about studying mechanical engineering at the University of Technology in
Prague. He says that he found a big inspiration in the previous guest of this blog series, Josef Dubsky, because at the time when Petr started studying, Josef won the Renault F1 internship for
his Master Thesis.

Reassured that there was a way to enter the world of Formula 1, Petr decided to join the newly formed FS Team of his University, called the CTU CarTech, during the second year of studies.

At first, he just wanted to help the team in any way he could and gain as much knowlwdge as possible. One of the first tasks he had as a team member was building the bodywork out of glass
fibre but soon after they started experimenting with other materials like carbon fibre. 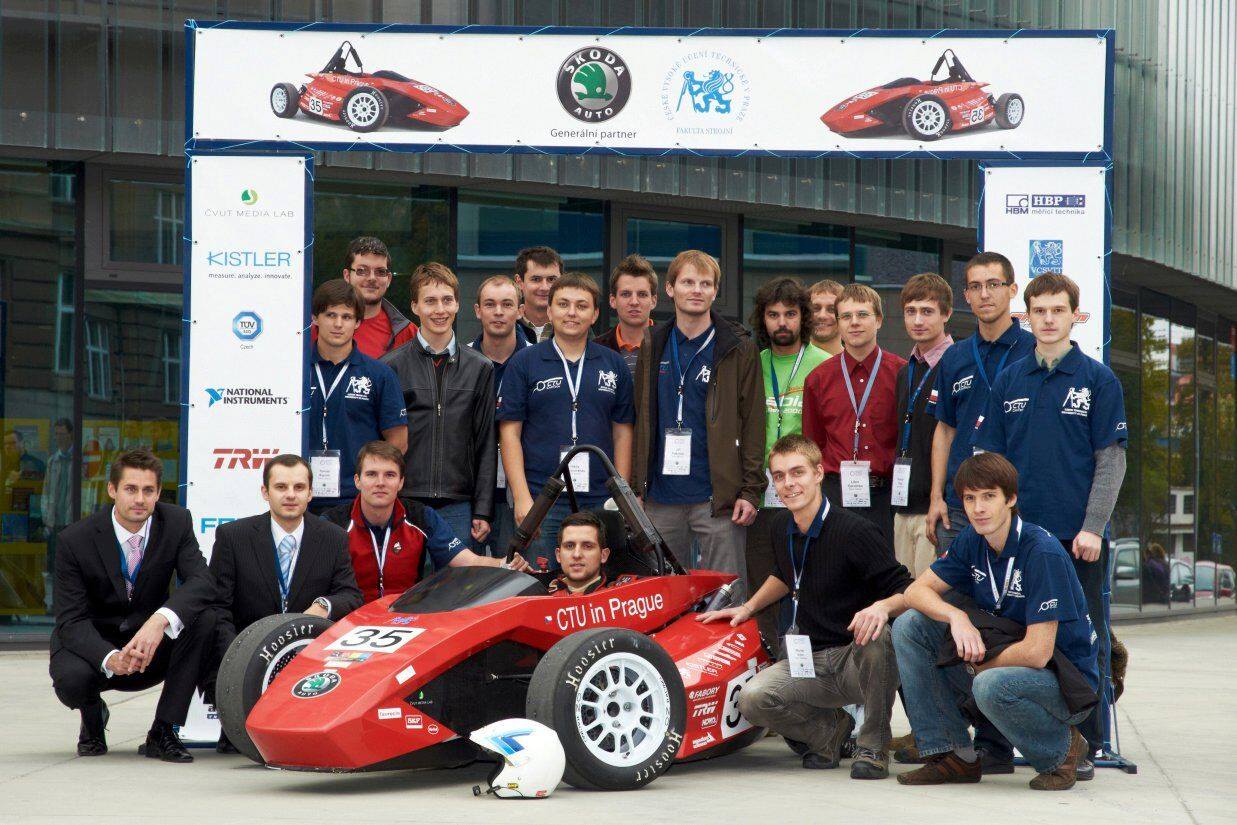 An important moment, that would later prove to be very significant for Petr’s career, happened during a Formula Student race at Hockenheim where he had the first contact with a CFD analysis
program called Star-CCM+. Petr was amazed by the possibilities that software had and he made a deal with CD Adapco, the company who made it, to give it to them in exchange for a sticker on the team’s car.

As the time went by, Petr has brushed his knowledge in the fields of CFD analysis and aerodynamics, two areas which are today the two of the most prominent skills he has. His Bachelor Thesis was based on the work he has done on one of the FS cars, CFD analysis of the intake system.

Asked about some highlights of his Formula Student days, Petr says that he is very proud of the 7th place achieved at Silverstone and 2nd place at FS Spain in 2011, as well as 3rd place at FS Hungary in 2012. His biggest contributions were working on the cooling system as well as the intake system.

Besides Formula Student, a valuable experience for Petr during the college were internships at the Ricardo company and also at Porsche Engineering where he was further developing his expertise in CFD analysis. Upon graduating with honours, he started working immediately at Porsche Engineering in Prague as a CFD engineer.

As mentioned before, Josef Dubsky was a bit like a role model for Petr, and during his time at Porsche, he got the opportunity to work with him. Josef even connected him to some other people which lead to Petr working on the Porsche 919 Hybrid race car in the 2016 season. 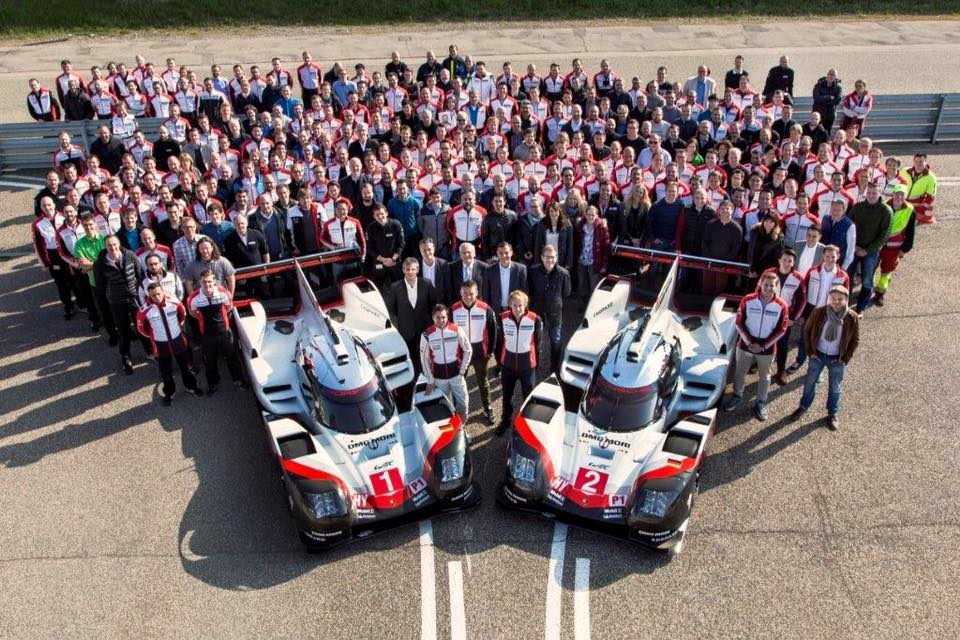 Following Porsche’s decision to withdraw from the LMP series at the end of 2017, a tribute car called 919 Hybrid Evo was developed as an hommage to Porshe’s success at WEC. The Evo version of 919 Hybrid was made to break records and it didn’t comply to the FIA’s LMP1 regulations in order to see how fast is it possible to go without any rules. Petr was one of only 3 aerodynamicists who worked on the Evo and he was heavily involved with the massive rear wing assembly, floor area airflow and on the front part of the car. In his own words, being involved on the development of a car that set an absolut lap record of the legendary Nordschleife record represents the highlight of his career so far.

The Dream Becomes a Reality – Formula 1

With all the experience Petr has gained through Formula Student and Porsche Engineering, especially after working on the aerodynamcis for 919 Evo, he was confident to try to achieve his dream of working in Formula 1. The opportunity for that came sooner than he could have hoped and after applying for a position at Racing Point he was thrilled to find out that he was accepted and has finally become an F1 engineer.

A very interesting point he made about working in F1 environment is that in F1 aerodynamic development the majority of the ideas and concepts that are tested in CFD don’t prove to be correct. Some of the ideas are tested in the wind tunnel, but it still takes a lot of effort and hard work to develop solutions which would eventually be implemented on the race cars.

That puts a lot of stress on each team member as results are always expected to be delivered quickly and efficiently which is always a difficult mission.

In 2018, their driver Sergio Perez claimed a podium finish in Azerbaijan which remained Petr’s favorite moment with the Racing Point F1 Team. 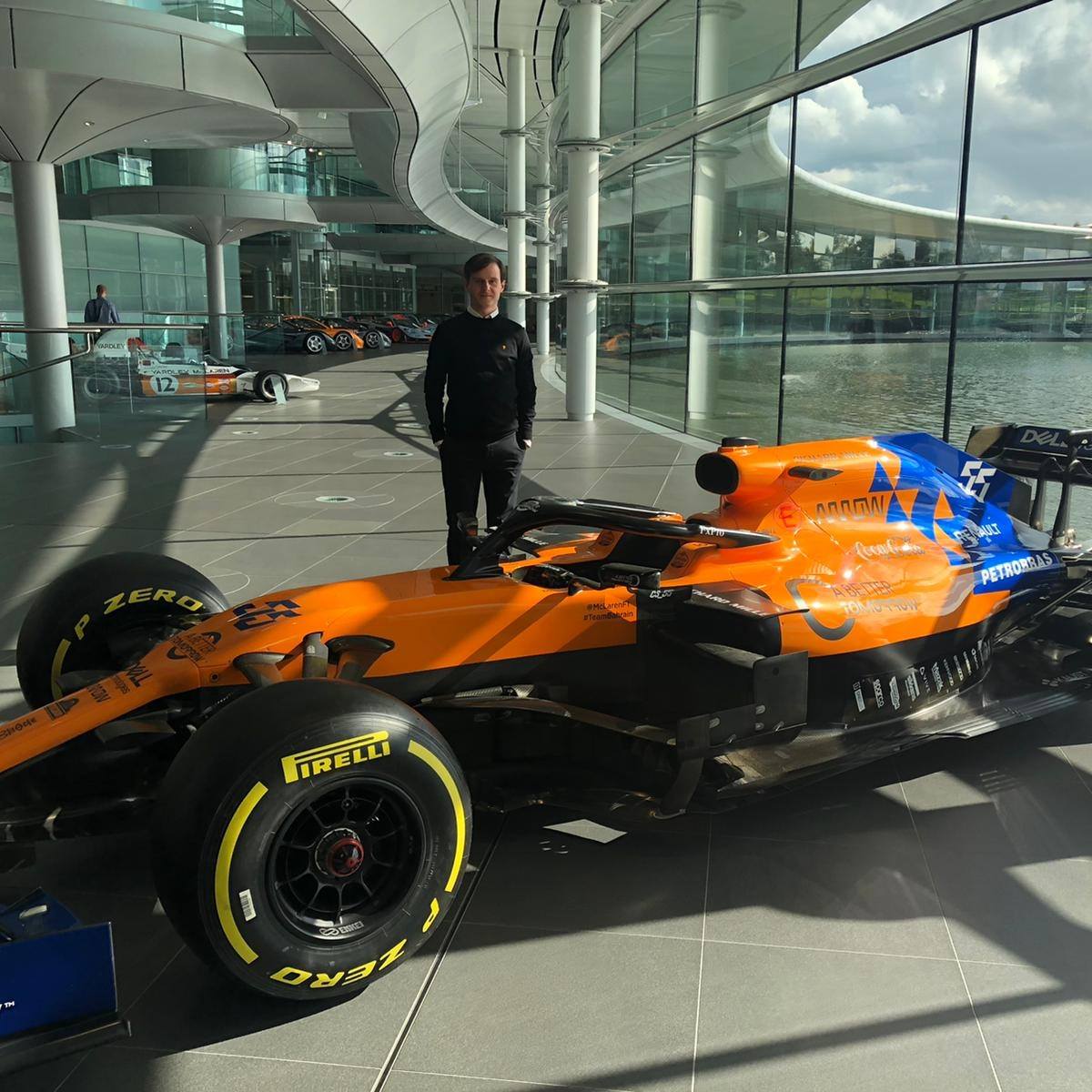 On his own initiative, Petr decided to make a move from Racing Point to one of the most successful F1 teams in history – McLaren Racing F1 Team. The transfer happened after he applied for a vacant position at McLaren and from 2020 Petr started working as an aerodynamicist which is his current position.

He faced many challenges, especially because that year saw the pandemic literally stopping the world and also he was one of the people working on the development of the 2021 car in which the team decided to change the engine supplier.

Even though he has been with McLaren for only a short period, he had a great contribution in the teams success in 2020 season when they finished 3rd in the constructors championship.

Looking back at everything he has achieved so far and considering he is only 33 years old, it is obvious that Petr is someone who can serve as a role model for younger generations and especially engineering students who also dream of working in an F1 team. He praises the Formula Student project and is certain that without the experiences he gained during those years, such as CFD analysis and the networking which FS community offers, today he wouldn’t be here working as an aerodynamicist for McLaren. In addition, being a part of an FS team isn’t different at all from being a part of an F1 team as both require a lot of effort, teamwork, time managment and working under pressure to deliver the results.

To all the young people and students who are reading this, he says to seize every opportunity they are given and to always be proactive. Hard work and dedication always pay off!*

* Disclaimer: Mr. Paliza shared his personal experiences voluntarily and spoke as a private person, not representing his company in any extent