In the second part of our blog series “Living the Dream”, we are proud to indroduce you with the story of Dr. Josef Dubsky, a 39-year-old CFD-specialist from a small place between Prague and Pilsen in Czech Republic. His impressive CV is undoubtebly something that sets him apart and his expertise, besides CFD Analysis, includes Multiphysics, Fluid Structure Interaction, Optimization, AI/Data Analytics and many others.

Currently, he is working at Artemis GmbH and in the following text his journey, from student days up until today, is going to be told in more detail. 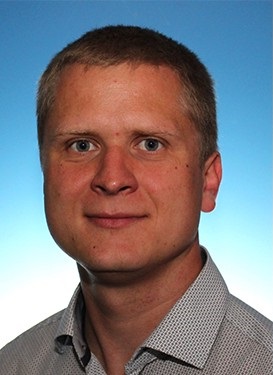 From an early age, Josef has been fascinated by technology and combustion engines particularly – that interest of his was one of the reasons why he decided to enroll at the Czech Technical University in Prague to study Mechanical Engineering. Reflecting on those years, he is certain that one of the most valuable experiences he had during that time was the year he spent in England at the University of Exeter as a part of the Erasmus exchange program. There he had his first contact with computer simulation as he got acquainted with Computational Fluid Dynamics (CFD) through one of the projects. The combination of mathematics, physics, IT science and engineering sparked an interest in him which would later on prove to be crucial for his career.

Upon his return to his home University, he soon started an internship at Škoda which turned into a part-time job on the 4th year of his studies. There he was further developing his knowledge in CFD analysis as his job in Škoda’s R&D department focused on numerical optimization applied to CFD.

Josef points out that the Master Thesis, written based on his work at Škoda about the shape optimization of the engine intake ports, was actually the key moment of his college years because with it he entered a competition called Altran Engineering Academy organized by the company Altran together with Renault F1. Much to his surprise, he actually won and recieved a truly spectacular prize – a 6 month internship at Renault F1 in the 2007 season! 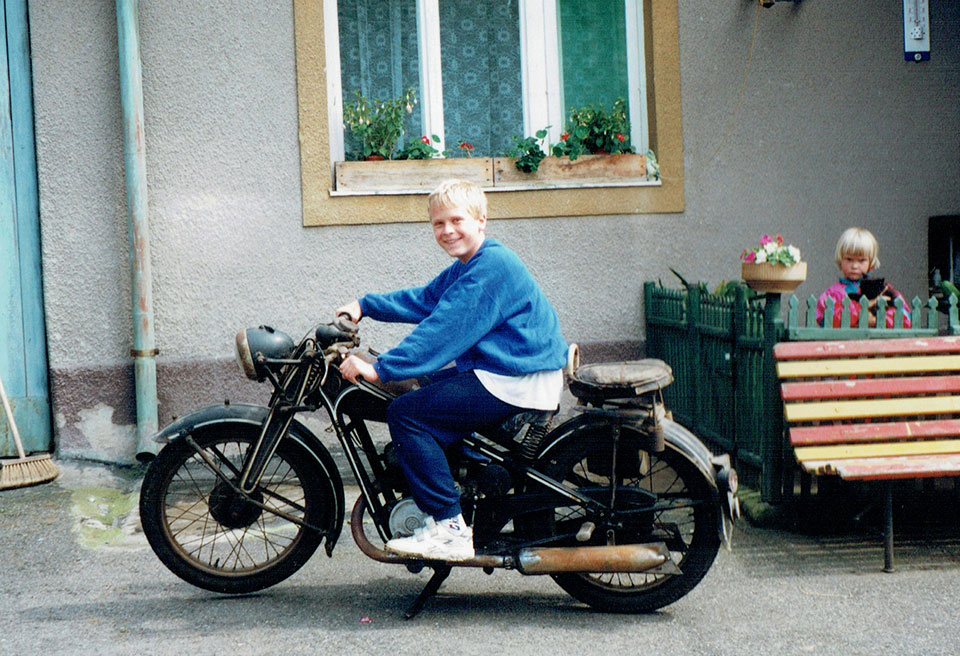 Winning this competition among so many students from all over the world was a real testimony to how advanced and valuable his work at Škoda was. The finals were held at Enstone at Renault F1 facility where each contestant presented their work to the panel of judges.

After the presentations and after factory tour, he was declared the winner of the aforementioned competition, Josef moved to Enstone and his adventure at the team, who were at the time the reigning world champions, began. He was working at the R&D department of the team and the area of his work included the optimization of vehicle dynamics. In the previous seasons, one of the reasons behind Renault’s consecutive overall victories F1 World Championship was the implementation of a mass damper. Since the mass damper got banned for the following season, one of the main tasks of the whole team including Josef was to investigate and optimize the solutions that could have a similar effect. 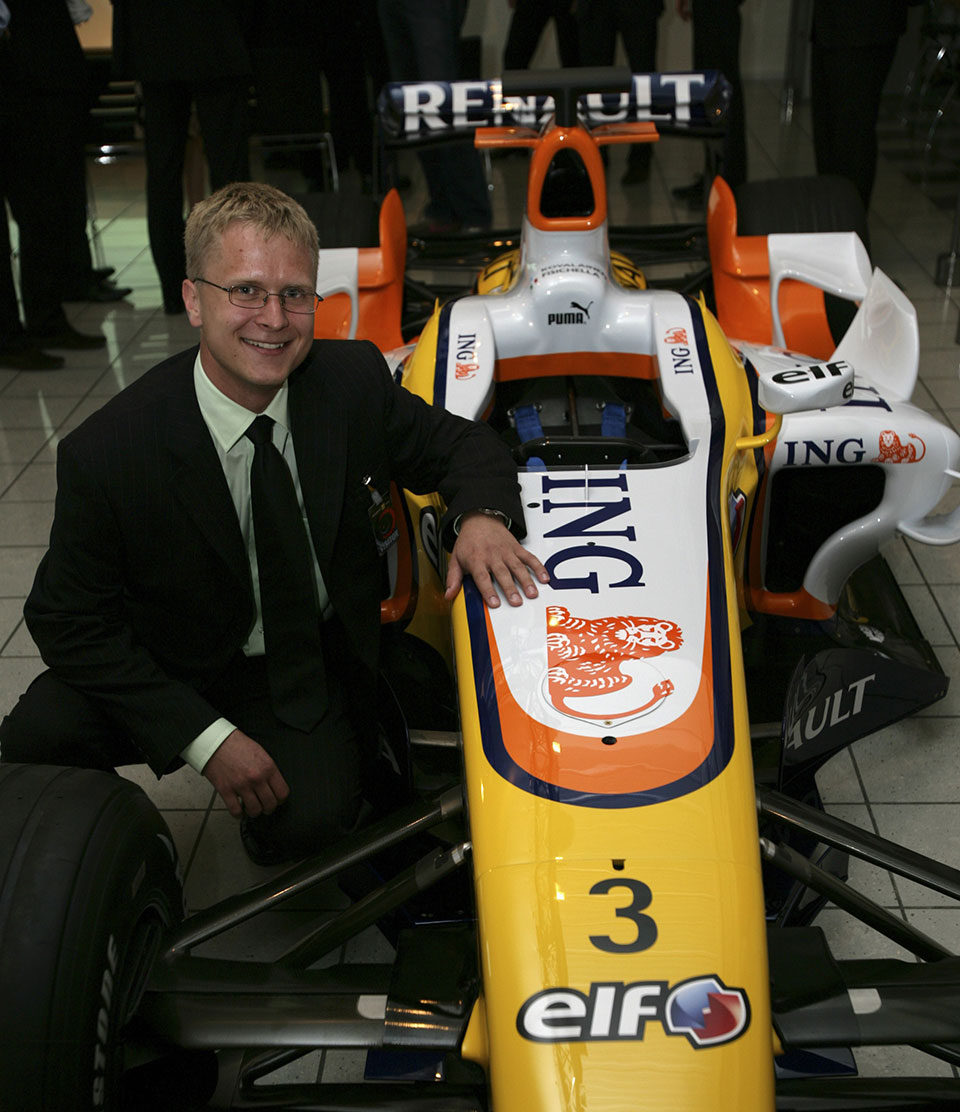 Although Josef was offered to stay at Renault F1 Team, he decided to take the opportunity he was given at Porsche. Again, his Master Thesis work was the key part because along with the Altran Engineering Academy competition, he submitted the Thesis to another competition organized by Porsche Engineering and also winning that competition. That victory allowed him to start working first at Porsche Engineering Prague in combustion engine department and also start working on his PhD Thesis about optimization based on 3D CFD simulation of engine internal flow and fuel injection.

From the year 2011, Josef started working full-time for the Porsche AG in the R&D center at Weissach .His work was related to numerical optimization and methods development so he collaborated with several departments within the company, including Porsche Motorsport.

In 2015 Josef came up with an idea that would eventually cut 4 seconds during each refueling for Porsche’s Le Mans contender – the 919 Hybrid. After running some simulations, it turned up to be functional and, even more important, the solution was fully compliant with the regulations. The brilliance of this idea was in its simplicity and ability to think out of the box. The bottleneck of the whole refueling system could be adapted in a way, that might seem counter-intuitive at first look, but was beneficial for the fuel flow. Consequently, those 4 seconds per refill amounted to roughly 200 seconds in 24 hours which is approximately the equivalent of one lap around the La Sarthe track. It goes without saying that Josef Dubsky was one of the greatest contributors to Porsche’s first overall victory at Le Mans after their return in 2014 and that is surely one of the fondest memories he has from his time at the Porsche family.

As of this year, Josef has started a new chapter in his professional career. After 13 years in Porsche Engineering, he started working in a VW Group company called Artemis where he works as CAE Methods and Optimization expert. Artemis is a very high-tech company oriented towards innovative and advanced technologies with the aim of re-defining the development processes of an automobile.

With the on-going electrification, autonomous driving and sustainability on mind, the task of Mr. Dubsky and his collegues at Artemis is to focus on the development of new technologies and simulation methods which could be used to replace the classical experimental approach to product development and make it entirely digital.

Besides the pioneering work done in regards of new technology, the whole production cycle is being optimized so that the decision making process is shortened and the results are brought faster.

Final Words and Advice for the Students

„University will prepare you great for the professional career from the theory side“, he says, but students often have a lack of opportunity in which they can put that theoretical knowledge in practice. The academy and the industry are two different worlds and for someone who aspires to work in the latter sector it is very beneficial to have some kind of practical experience before graduating from college. Internships and part-time jobs are great ways of gaining experience and Josef says his work at Škoda complemented the lectures at the university. For him, that was a win-win situation because he understood both practical and theoretical sides better.

International experiences like Erasmus or IAESTE are also very valuable for personal growth, networking and meeting people from all over the world. For Josef, the practice work at Bosch in Stuttgart via the IAESTE program was something he will always cherish because that is when he made some lifelong international friendships with people who he now calls his „IAESTE Family.“

Even though he was not able to participate in the Formula Student project, he is very fond of it and says that it is one of the best ways for students to develop a multidisciplinary approach to problem solving. Building an FS car requires a lot of effort and knowledge from various fields of studies and in that way it greatly resembles the problems often faced in the industry.

Dr Josef Dubsky is definitely a person that future engineers should look up to. The combination of his knowledge and experience makes him one of the leading experts in his field of work and his story can serve as a great motivation for every student who aspires to follow that path.

„Make the most out of every opportunity available!“ is his message for our readers – simple, yet very effective.*

* Disclaimer: Mr. Dubsky shared his personal experiences voluntarily and spoke as a private person, not representing his company in any extent